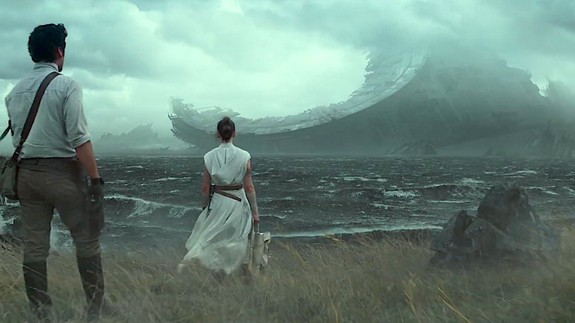 Star Wars, having reached the end of its Skywalker saga, still has the power to surprise us.

That was the headline out of Star Wars Celebration Chicago, where the first trailer for what we must now call Star Wars: The Rise of Skywalker dropped in front of a packed arena of stunned and delighted fans.

The first and biggest question that even hardcore fans were asking themselves: what’s up with that title? Didn’t we just see the death of the only remaining character to use the name, Luke Skywalker, at the end of The Last Jedi?

Fans who reach for the simple explanation — that Rey is actually Rey Skywalker, and therefore Kylo Ren was lying when he said her parents were junk traders who sold her for drinking money — need to remember that Abrams is the master of misdirection. Read more…