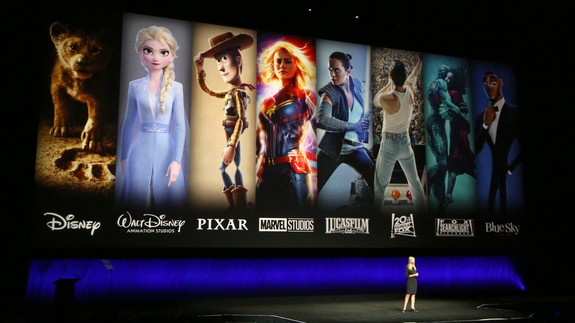 For $6.99 a month or discounted annual subscription of $69.99, you get access to content from Disney, Marvel, Star Wars, and National Geographic. Subscribers will also get content from Fox, which Disney now owns, starting with the complete series of The Simpsons.

Disney is promising more than 7,500 episodes and 500 films from its library within the first year. And the company’s also considering bundling its other streaming services, Hulu and ESPN+, with Disney+ in the future at a discounted price.

Like I said, Disney+ sounds like a hell of value at launch. And judging by the overwhelmingly positive reactions on social media, Disney will likely sign up a ton of customers on Nov. 12 when Disney+ launches. Read more…

More about Netflix, Hulu, Streaming Video, Disney Plus, and Apple Tv Plus