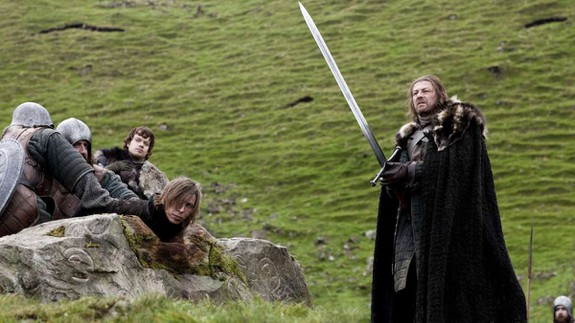 It’s hard to even fathom right now, at a moment when it feels like Game of Thrones is the biggest thing on the planet. But when it premiered on HBO back in 2011, the response was less than enthusiastic.

There’s a reason for that, of course. The show’s original pilot, which never actually aired, was deemed a mess and largely re-filmed before the Season 1 premiere. That unaired pilot also featured several cast differences, including Tamzin Merchant in place of Emilia Clarke in the role of Danaerys Targaryen.

SEE ALSO: Here’s your bingo card for the ‘Game of Thrones’ premiere

The Episode 1 premiere that did air was largely but not completely re-shot — a few holdovers from the first version of the pilot stuck around. The result, as many critics noted, showed promise but was ultimately uneven and not a great representation of what the show could (or would eventually) be. Read more…