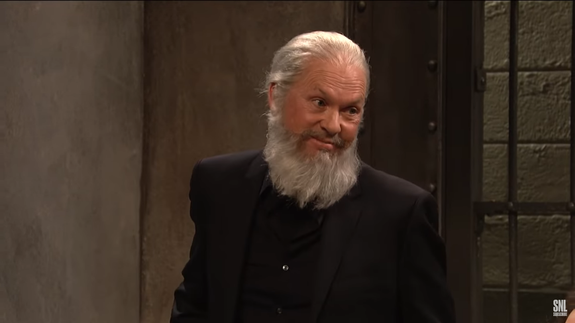 What if Julian Assange, Lori Loughlin, and Michael Avenatti — all of whom are currently in a wee bit of legal jeopardy at the moment — ended up sharing a prison cell? What would they talk about? Would they compete for who did crimes the best?

That’s the scenario the Saturday Night Live writers dreamed up for the latest episode’s cold open sketch. There’s even a special appearance by Michael Keaton, playing Assange, and a gleeful recreation of his “Let’s get nuts!” line from Tim Burton’s 1989 take on Batman.

It’s not particularly funny or anything. But it’s a refreshing move away from SNL‘s relentless commitment to telling bad political jokes during the cold open. Read more…