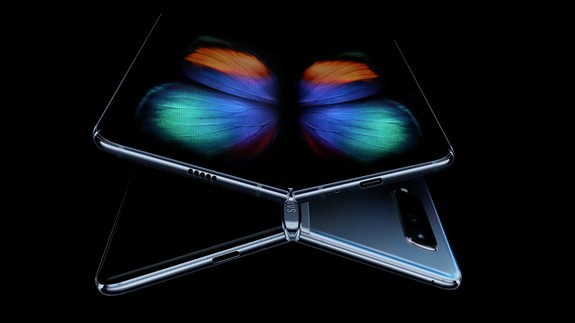 Samsung’s much-hyped Galaxy Fold finally arrives on April 26, but some lucky tech reporters have already held it, folded and unfolded the screen, and — despite some concerns with The Crease — many of the first impressions are positive, even with the phone’s massive price tag.

In her brief hands-on time with the Galaxy Fold, CNET’s Jessica Delcourt said the foldable phone’s “4.6-inch display feels kind of small,” but also praised how apps quickly transitioned from the outside display and the larger 7.3-inch interior screen. Read more…