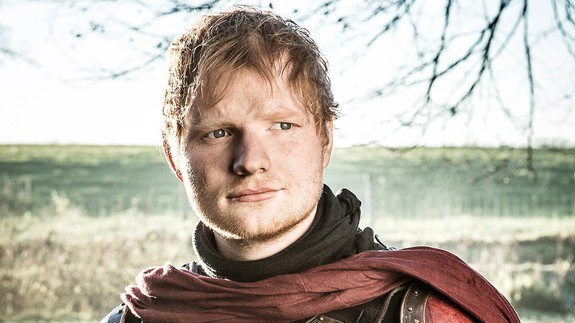 The Game of Thrones Season 8 premiere saw plenty of reunions, callbacks, and major moments, but nothing can beat telling us the fate of Ed Sheeran’s Season 7 character.

In a scene with Bronn and three women (some old school GoT sexposition), two girls discuss a Lannister soldier named “Eddie” who got on the wrong side of Drogon at the Loot Train Attack.

SEE ALSO: 11 flashbacks to the pilot in the ‘Game of Thrones’ Season 8 premiere

Sheeran appeared in the Season 7 premiere as a Lannister soldier – part of a small but rare group of uncannily kind and empathetic Lannister soldiers who Arya meets on her way south. While Sheeran’s character leads the group in singing, another man makes sure she gets food, while a third offers her his own homemade mead. Read more…