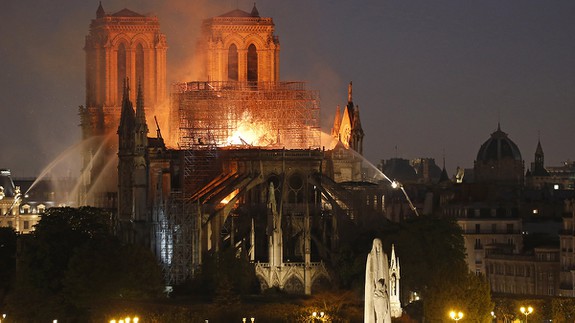 Watching the footage of Notre-Dame cathedral engulfed with flames, it’s hard to feel anything other than heartbreak and grief.

Interspersed between the devastating imagery of the burning building were people’s own photos of the cathedral, accompanied by messages and memories of what the building meant to them.

This act of sharing one’s personal connection to the monument proved divisive, however. Some tweeted that they felt people were making the tragedy about themselves, others interpreted the tweets as bragging about having travelled to Paris.

To me, the backlash to these expressions of sadness felt both callous and cynical. In moments like these, where centuries of history goes up in smoke, do we really want to police people’s (very real) grief?  Read more…