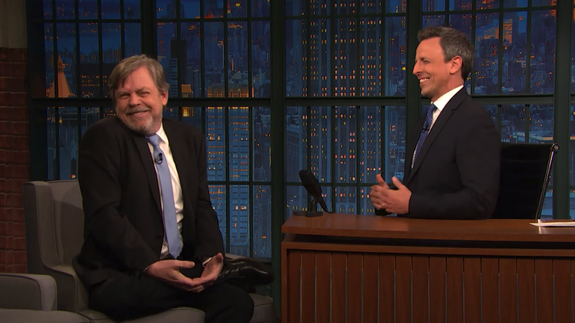 Luke Skywalker himself, actor Mark Hamill, loves to troll Star Wars fans online.  He’s currently in full “don’t-give-a-damn” mode in the lead up to the highly anticipated Episode IX, aka The Rise of Skywalker.

Appearing on Late Night with Seth Meyers to promote his latest project, the History Channel show Knightfall, Hamill promised he wasn’t about to stop the trolling.

Talking about Episode IX, Hamill said, “It comes out in December so I only have eight months of trolling left. I love to tease the fans online, it drives them crazy. I’m sure Disney’s not that happy about it but what are they gonna do? Fire me?” Read more…