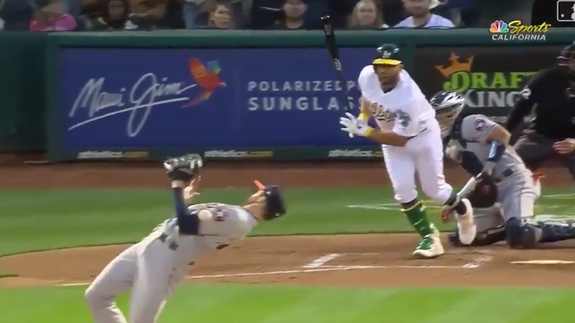 McHugh’s impressive reflexes not only helped him dodge the line drive hit by Oakland’s Kendrys Morales (though the ball did reportedly graze McHugh’s hand), it also helped the Astros turn a double play.

After the game, home plate umpire Bob Guccione recounted what he saw, telling MLB.com, “it reminded me exactly of Keanu Reeves and The Matrix. And so I had to go out there and I told him, ‘Man, that was just like The Matrix.'” Read more…